Something in the Moonlight 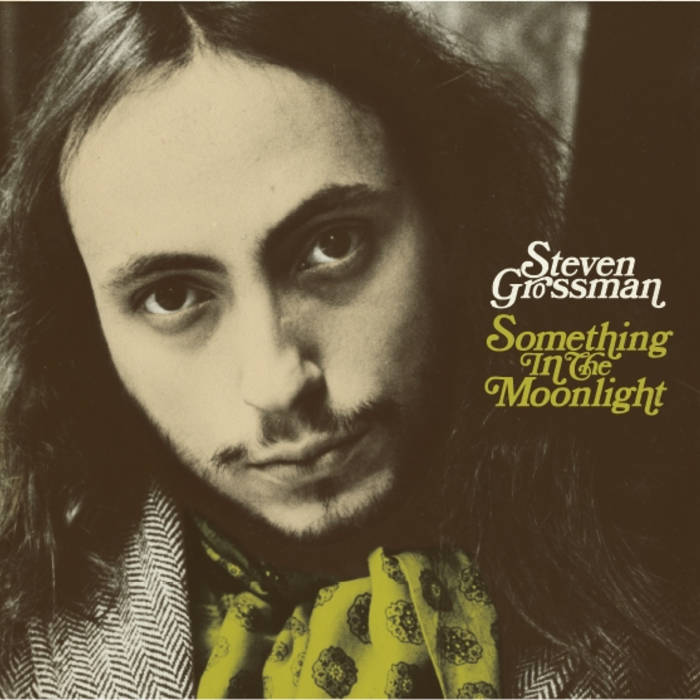 © JUCA Music
Track Name: Truce with the Moon
Truce With the Moon
Words and music by Steven Grossman

Doesn’t it feel like the first time again
this revving of such emotion under summer skin
Not a second to tarry in this moment of Bay
bridging the long expanse between these holidays
And I want you more than heaven and eternity
to see me as I see you, wanting you wanting me

Do you remember when we first joined plans?
My friend we had no way to know, to know, to know
If a summer’s worth of kisses in the sand
could build us a castle in the snow

It’s a winter story
the jealousy, the fury
Camphor the soul, a season to hold
It’s the numbing of life, flowing water to ice
The muffler and the sneeze
and a damp ominous breeze
I was never good at taking goodbyes

Do you remember when we were together last?
My friend there’s no way I know, I know, I know
That the flower of the seed miscast
can carry its own through the snow

It’s a winter story
the trickery, the glory
Credit at the store and blankets for the poor
It’s the chilling of blood cleansing water to mud
The tinsel and the star and an ominous wind from afar – Oooh

There’s no sense in us fighting, we either do or don’t
and there is no sense in hoping, we either will or we won’t
And when it comes to getting better being only better when
the times are full of other times, it’s time to pause again.

Chorus:
To make a memory, an agreement with the heart
on which to gauge all memories to come
Let’s incriminate the winter
investigate the fall
but rally in defense of spring

There’s no sense in us fighting, someone’s going to lose
Another way than right and wrong is another way to chose
And when the judge and missionaries pass sentence on our dance
we’ll offer them as evidence the night we took a chance

Now the heart it is a ticket you can pay for with a dream
And dreams, well they are avenues of intention and means
And when your season changes, don’t you buckle at the bone
You give them notice any way that baby’s coming home

You control what I watch on the T. V.
what I dance to at the bar
Get your hand into everything
try to get me to look like what you are
Now I may wear your fashions
and work that nine to five
But I told you all along
there are things that I won’t compromise

Now my producers didn’t want me
said I was too direct
I went home and I trashed myself
my friend J said, “What did you expect?
They want you to live a lie so you’ll get on the radio
But keep on doing what you’re doing
and you’ve already stolen the show”
I said, “I know, I know”

Chorus:
From the brothers who can’t disguise it
even in men’s clothing
and the sisters who just do not pass
Comes the spirit of my people
of courage over fear
Comes the only trust I’ll find
when the enemies are clear
If the other struggles were over
we would still be here
The last pioneers

Now you say I ought to have a present
ought to have the pride
But you were so disrespectful
that on your birthday I just cried
There’s a fleet of ships on the Hudson
and a sailor’s open hand
And when he offered me passage
I said, “There is no promised land”

In a Castro café after hours
craving burgers, buns and fries
I was reaching for hot sauce and salt on the counter
when the flip of an egg caught my eye
It wasn’t the crazy wrist action that started the attraction
the sunny side over that got me to look
I couldn’t ask for a better sight
on a long and a cold Monday night

Waiters in sneakers, trays in the air
carrying water, checks, and change
I was trying to stay steady but my seat began to swivel
to the sound of somethin’ sizzlin’ on the range
It wasn’t the fish deep-fryin’ that got me sighin’
but a voice so cherry that everything shook
A Broadway evening couldn’t be finer
than the show that was playing at the diner

© JUCA Music
Track Name: Out to Play
Going Out To Play
Words and music by Steven Grossman

Perhaps it’s a device
Only a failed gesticulation
To be seen
a Fanny Brice
With manic complications
What a fumble, how inept
a secret better kept
Going out to play

© JUCA Music
Track Name: Go on a Holiday
Go On A Holiday
Words and music by Steven Grossman

Take a vacation
an emotional excursion to a magic place
Where vision is the food for your taste
of new adventure and a stronger security
Away now! To a happier day now

There is a center
a quiet place connecting you to right ideas
You need only change the habit
that fears the dance of freedom
and another reality
that moves now, in a positive groove now

It started at the office, proceeded to the gym
Everybody asking, “Where’s that red-haired boy been?”
Some of us were wondering could this be the big – A
All of us were hoping that he wouldn’t stay away

Red isn’t fearless, he just takes it in stride
and he surely isn’t careless with matters of pride
He dreams of Australia in his mechanical - chair
of grabbing his lover and taking him there

Step, step. Look at all we have got
Step, step. Will we make it to the top?
Step, step. When you step to the stars
I’ll be watching the sky just to see where you are

It’s not that you’re here
though I know you’re away
Why do you take up my time?
Have you come to stay?
We don’t talk like we used to
In fact you never say a word
But I feel you crawling in beside me
climbing up the stairs
They try to tell me you couldn’t be there
But it’s the same preoccupation
I think of you the most
When they ask me, I ask them
Do you believe in ghosts?

Everyone who ever was
everyone to be
What do you do with your time in eternity?
Is it thoughtless, in limbo?
Are you screaming to return?
I wonder do you have feelings
and do you have a form
Have you transcended right and wrong?
Does it matter how it happened
in a war or overdose?
When they ask us, can we tell them
we want to be a ghost

Will I recognize you?
How much more can you see?
When I make up my mind
will you come and get me?
Will I truly be ready?
Will it happen too soon?
Will I be complete and reconciled
or have to pay for what I’ve done
Will I perceive it as judgment or celestial fun?
To spend forever in the light
or forever will I roast
When they ask me, I’ll tell them
I believe in ghosts